“In December 2001 my life changed. At the time I didn’t realize how much it would change. I was diagnosed with bladder cancer.” This is the first entry in my journal. 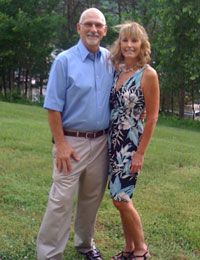 The previous summer I noticed urinary changes that I attributed to turning 48 years old. Continency and frequency became issues and my urine turned cloudy with a tinge of darkish red from time to time. Having no pain I wasn’t concerned. I learned to know where every restroom was located, to “pad up” and carry spare underwear. That is until December 2001. It was Christmas season and I was at the mall doing some last-minute shopping. I stopped to use the restroom on my way out. There was profuse bright red blood and this time it got my attention. Not really being sure of the source I called my GYN surmising that would be the worst possible scenario as I had a hysterectomy at the age of 40. Physical exam revealed no bleeding. However, the urine dip was strongly positive for blood and without bacteria. This was not a urinary infection. I was referred to a urologist. Cystoscopy revealed a large tumor that was noted to be visually malignant. Surgery was scheduled for December 20, 2001 in the hospital rather than an outpatient surgery center as he did not know what he was getting into. During surgery it was discovered that my bladder was only one layer in thickness. It perforated as soon as he attempted to resect the tumor which fortunately was noninvasive. What was to have been an outpatient transurethral resection turned into an open abdominal surgery and a four-day hospital stay. Discharge was at noon on Christmas Eve day with 20+ family members and friends coming for a party on Christmas Day.

With the help of my husband we pulled it off! A few weeks later I was started on intravesicular BCG and was unable to complete the series of treatments due to bleeding complications. BCG is instilled directly into the bladder, retained for two hours and then voided out. It is a bacteria. Since I was flushing it into the public water system, a cup of bleach is added and left to sit for 20 minutes each time before you flush. I was housebound each day I had a treatment. Also since it is a bacteria it cannot enter the bloodstream without the risk of becoming systemic. Any bleeding shows that there are open areas in the bladder for this to happen and the treatment discontinued until healed. This happened to me several times throughout courses of treatment.

I learned early on that 80% of bladder tumors recur and underwent cystoscopy every three months for surveillance. In August of 2005 it returned. One year of Intron A (interferon) along with a reduced dose of BCG due to prior complications was begun for a six-week course. Another three-week course was done in December 2005, March 2006 and June 2006 with cystoscopies continuing every three months. In February 2007 something suspicious was noted on cystoscopy. Surgery was benign.

June 2007 cystoscopy revealed another tumor. Pathology this time changed from Grade I to Grade II. October 2007 cystoscopy again revealed another tumor. During this surgery two more tumors were found that didn’t show up on cystoscopy. All again were Grade II. BCG was resumed for six more weeks with some skipped weeks in between. The cumulative side effects were intensifying with even more urinary frequency and burning as well as fatigue and joint pain. I was having difficulty making the 20 minutes that were needed for the bleach to sit. In May 2008 treatments were scheduled for a three-week period.

Urethral dilation was performed in August 2008. BCG was causing urethral scarring and urination was difficult. While at a friend’s house in November I voided a large quantity of blood. CT of the abdomen was negative and BCG was dropped down to 1/30th, the lowest dilution possible with blood in the urine continuing. I saw the handwriting on the wall and knew it was only a matter of time before the treatments had to be discontinued due to intolerance. In April 2009 colpopexy was performed for a bladder prolapse. It was not successful. We tried a course of BCG again in July of 2009 but this now caused too much urinary retention. Now I couldn’t void properly and it wouldn’t be administered if it couldn’t be voided out after the two-hour period.

Cystoscopy in September 2009 revealed cancer again. This was now the fifth time since 2001 despite BCG, a year of Intron A and Mitomycin C being administered in the OR post surgeries. 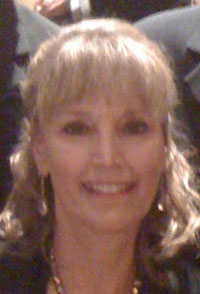 Referral was made to Johns Hopkins in January 2010 where cystectomy and diversion options were discussed. There was no invasive cancer so I had some time to weigh options. I had maxed out on BCG. Treatments caused bleeding even at the lowest dose possible. The prolapse was worse than ever. Two different pessaries were tried, both of which caused erosion and bleeding. I had already undergone an unsuccessful prolapse repair. Urination was becoming more difficult and I was catheterizing more and more often. I knew the cancer would return. It was only a matter of time. Pathology had gone from Grade I to Grade II. At Grade III cystectomy would no longer be optional. I was classified as high risk due to the thinness of my bladder wall and knew that it only took one malignant cell to leave the bladder through the perforation to become invasive. Also metastasis could happen quickly due to the thinness of the wall. The statistics then change dramatically. On December 16, 2010 I underwent a nine-hour cystectomy with urinary continent diversion (Indiana pouch) at Johns Hopkins performed by two doctors and a robot at a time when my cancer was noninvasive and I was otherwise healthy.

Bladder cancer is the fifth most commonly diagnosed cancer and there is little awareness raised. The word needs to get out and the only way to do that is to not be embarrassed or ashamed and to talk about it. There needs to be more information on warning signs and symptoms.

UCLA’s Jonsson Comprehensive Cancer Center just this week released a study that states “the overwhelming majority of patients with non-muscle invasive bladder cancer do not receive the recommended treatment and surveillance, leaving them at higher risk for bladder cancer recurrence, progression and death.”

I consider my story to be a success story. After a ten-year process of nine surgeries, 40 cystoscopies and many, many treatments I am cancer free. Some are not so fortunate, particularly women who go longer before being diagnosed and have worse outcomes at all levels than men. I have good doctors who are diligent in my care. I did my own research and found wonderful support groups, especially the Bladder Cancer Advocacy Network, with very practical information. I will be followed by a urologist for the rest of my life and will continue to consult with my online groups and attend events to raise awareness. There is no need to go on this journey alone. We can face this cancer together!

#4 anon 2014-01-17 04:50
I am so happy to read something positive. my husband had blood in urine. Gp said it is a UTI,then it happened again and we went to the Urologist.He booked the theatre for two days later. Uro found a superficial non invasive bladder tumour.Hubby will be going to theatre again next week, to remove all of the tumour. After reading your story, I have hope that Cancer can be BEATEN! He will be having cystoscopy and turb treatments. Praying for gods hand upon our lives. GOD BLESS YOU ALL AND NEVER LOSE HOPE!
#3 zakkiyya asad 2012-12-06 15:43
Thank You for sharing your inspirational story. Having someone dear to me diagnosed with bladder cancer I was hoping to find information about what to expect. I understand every person is different but it is helpful to hear other peoples stories.
#2 FacingCancer 2011-07-18 10:04
Doris, stay strong through your treatments and know you're not alone.
#1 Doris Berko 2011-07-17 20:37
Thank you for sharing your story,Brenda.

I am having BCG treatments now.
It is a very scary time in my life.
Refresh comments list
RSS feed for comments to this post
JComments
back to top